Some might say it's the most wonderful time of the year... and we couldn't agree more! This Christmas, here are the events that you can expect on CSGORoll throughout December.

For December only, CSGORoll will celebrate the season and be transformed with a snowy Christmas theme. Not only that, but our Gems will become Snowballs too! You'll win Snowballs as you play on any of our games and the more you play for, the more Snowballs you will win.

This Christmas, we'll be hosting weekly Jackpots with 300K up for grabs. To participate, all you need to do is collect Jackpot tickets. We'll reward you with a Jackpot ticket for every Snowball spent in our Snow Shack.  So make sure you collect as many Snowballs as possible, and remember to spend them before each Jackpot is drawn!

By spending Snowballs and collecting tickets, you'll be automatically entered into our jackpot, where winners will be randomly chosen live during a livestream, hosted each week on our Twitch channel.

Think you can make it to the top of our leaderboard? For the top 10 Snowball collectors, there's 100k in total up for grabs this Christmas.

You've got until December 26th to climb the leaderboard, so make sure you collect as many Snowballs as possible. Here's what you could win!

After the success of the first Summer Tournament, we decided to bring the CS:GO competition back! Watch live as 16 teams of community-selected players and staff members compete in 5v5 CS:GO matches for the ultimate prize in our CS:GO Winter tournament!

The teams have been selected from a poll of interested participants hosted on CSGORoll between the 16th and 20th of November. If you were one of the lucky players selected to participate, you should have received an email notification to confirm your participation before the event began.

All the games are hosted on Faceit, so you can prepare in advance by registering your account, downloading the client, and installing the Anti-Cheat System.

And last, but certainly not least, unique Golden Snowball cases will also be available throughout Christmas. For those who manage to collect our rare Golden Snowballs during the event, valuable prizes will be up for grabs from these cases. One Golden Snowball is worth around 500 normal Snowballs, so there's plenty to play for!

You can win Golden Snowballs from:

We can't wait to host another amazing event, and watch you reap the benefits! Join CSGORoll.com now and start collecting your tickets.

Get the latest posts delivered right to your inbox 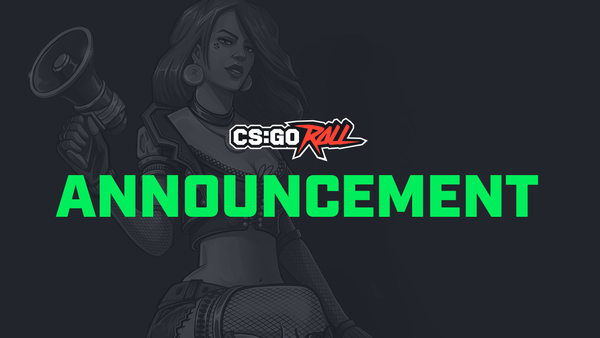 Our 'Provably Fair' methods have been independently verified by one of the leading accredited testing laboratories for online gaming! Recently, we hired iTechLabs [https://itechlabs.com/] to verify the legitimacy

Stay up to date! Get all the latest & greatest posts delivered straight to your inbox